As a surprise vow renewal in Tokyo goes, this one was up there among the best we have done. This wonderful couple from Canada have been married three years. Because this was their first trip to Japan, the husband wanted to do something special to give this trip greater meaning. He contacted us about 10 days in advance and luckily we were able to accommodate them.  And boy, I am so glad we could!

The husband chose to surprise his wife with a vow renewal on their final day in Japan. As far as she was concerned, this was simply a kimono photo-shoot in a gorgeous Japanese garden. She had no idea what the true purpose of the morning was. On arrival at the park, we went straight to the gazebo over the pond to start the “photo-shoot”. She still had no idea. After setting up a few “test-shots” with the camera I pulled out the ceremony script to reveal the true purpose of the morning.

As always, in late winter, the weather had been quite changeable, with a lot of showers and intermittent sunshine. However on the morning of the ceremony we woke to very heavy rain… We resigned ourselves to the fact that this would be the first ceremony in the rain. But, fortune was on our side yet again.  The rain held off and the skies even started to clear just before the ceremony.

We met them at their hotel and escorted them through the rush hour transit system to Shinjuku, where, as usual we introduced them to our favored kimono vendor for preparation. As soon as they arrived, they got stuck in to the task of selecting their favorite patterns. As usual, the choice of kimonos for women was at first overwhelming.  However, after a while the wife was able to select a pattern she liked. She chose a pattern with a cherry blossom motive, which was an appropriate nod to the forthcoming arrival of spring. Once all set, we were ready to move to the garden for the surprise.

The taxi ride to the venue took about 25 minutes, during which we were able to talk and get to know each other. This is always one of our favorite parts of this job – meeting new people and forging relationships with new friends from around the world. When we do full wedding planning we have months, and sometimes a year or more to get to know one another, but for vow renewals and some last minute elopements, we don’t have the luxury. As the officiant, it is good to use the taxi trip to get a little more information about the couple to slip into the ceremony; while in this case, not giving up the secret that was yet to come!

Upon arrival at the park we discovered that the rain of the morning had actually been a blessing.  It kept other visitors away!  In other words, we had the park pretty much to ourselves! This was going to be as intimate as a surprise vow renewal in Tokyo could get in a public setting. The signs were good for this special surprise vow renewal in Tokyo!

We allowed the couple a few minutes to soak in the atmosphere of the beautiful surroundings, while we set up a few test shots, before springing the surprise. The husband confessed to slight nerves beforehand, and there were one or two knowing glances between the him and us just before we did the deed. However, her reaction was better than he or we could have hoped! Her shock and tears of joy were a lovely indication of the great relationship these two have.  It was a truly special moment; one that we were honored to be a part of.

The ceremony incorporated the Japanese idea of the “unmei no akai himo” which translates to the “red string of destiny”. Many Japanese believe that an invisible red string connects each person to another, with whom they will make a shared history. It is the belief that there is one perfect soulmate for everyone. In effect, a vow renewal serves as a reminder of this unique bond that a man and wife have. After being reminded, the relationship can only get stronger.

After the ceremony, we then embarked on a photo-tour of the garden, and I’ll let the photographs speak for themselves!

All that is left to say is we wish the couple all the very best wishes as they continue on their marriage journey, all the more so since they are now parents!

Congratulations guys, and do come again, next time bring the little fella with you! 🙂 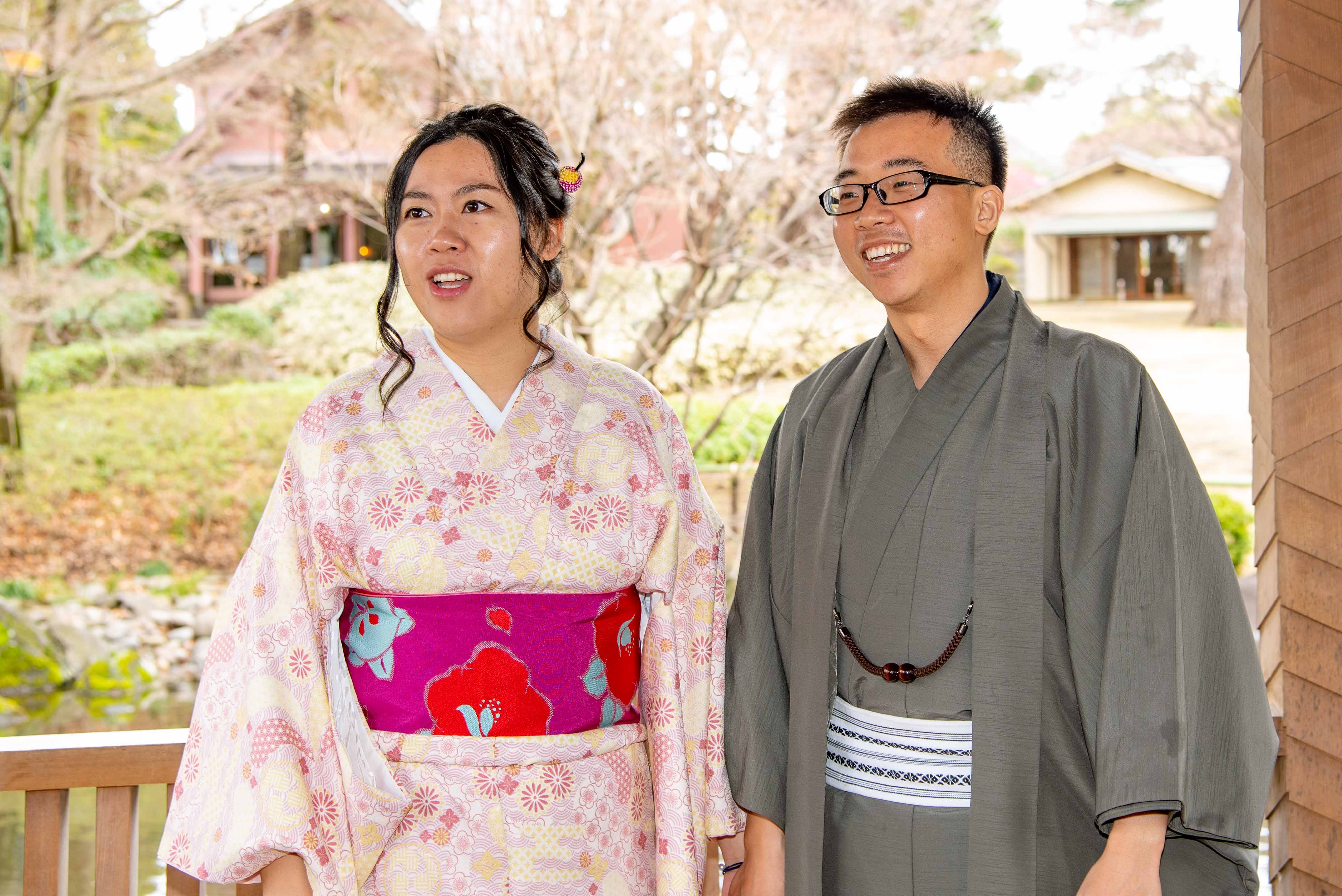 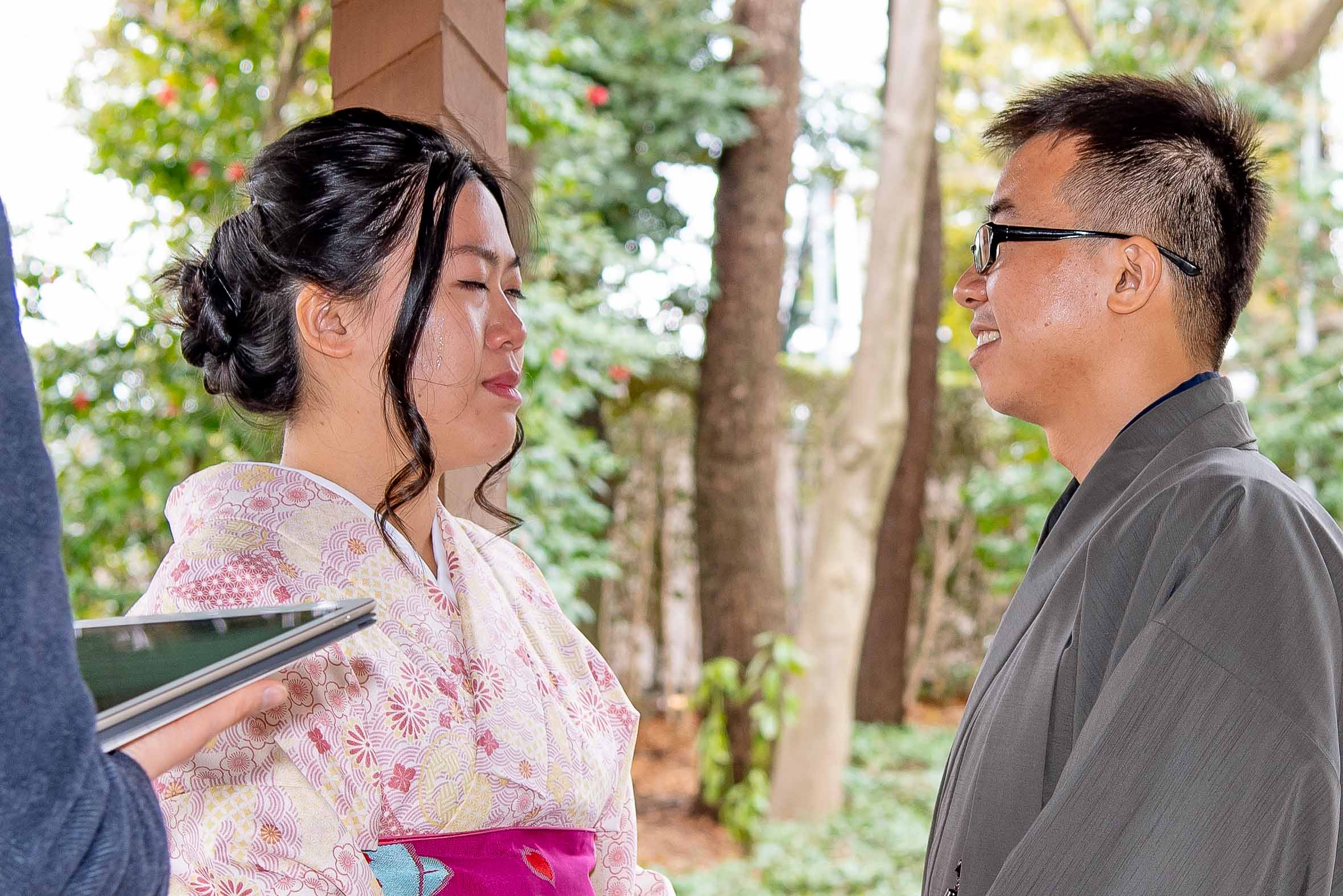 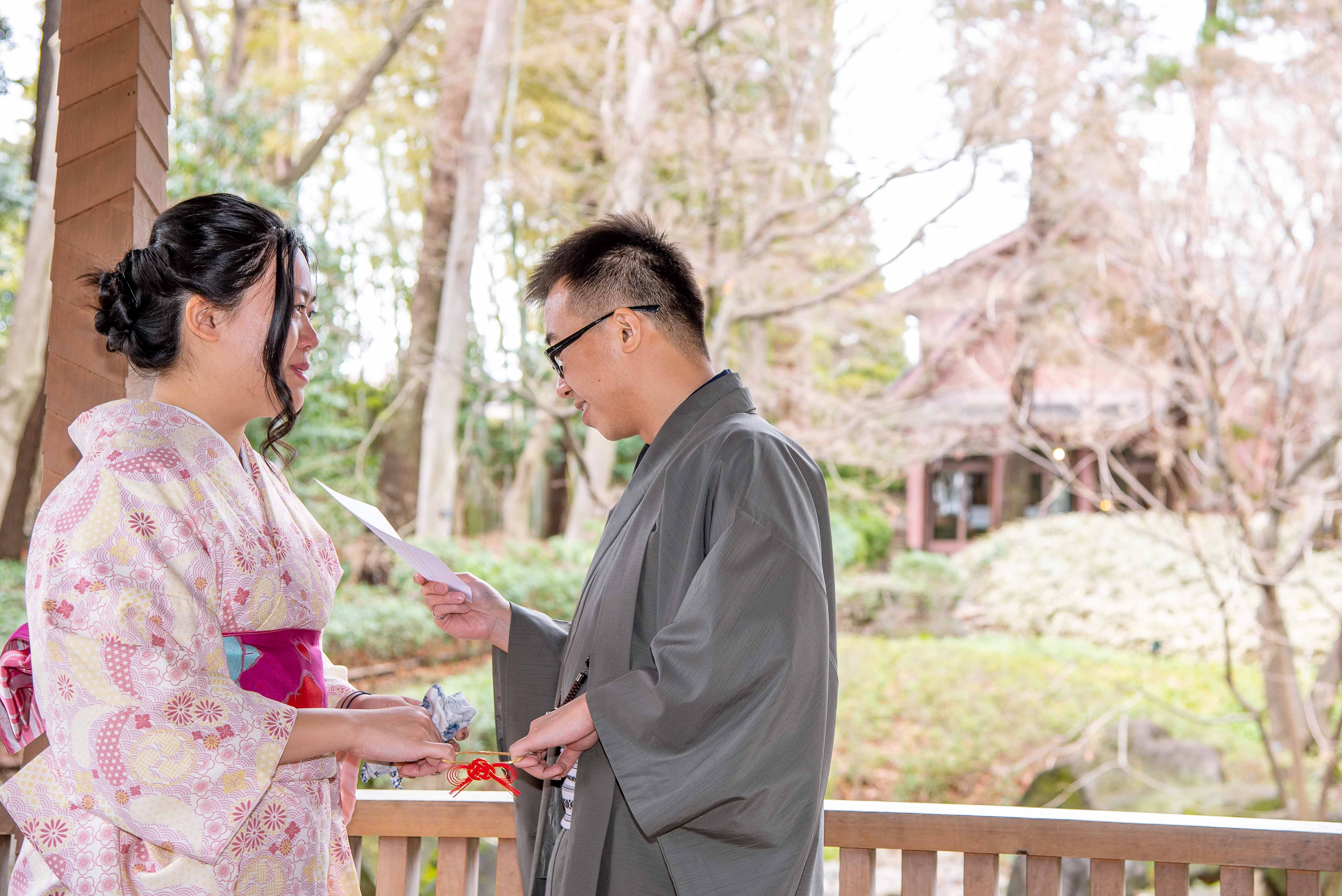 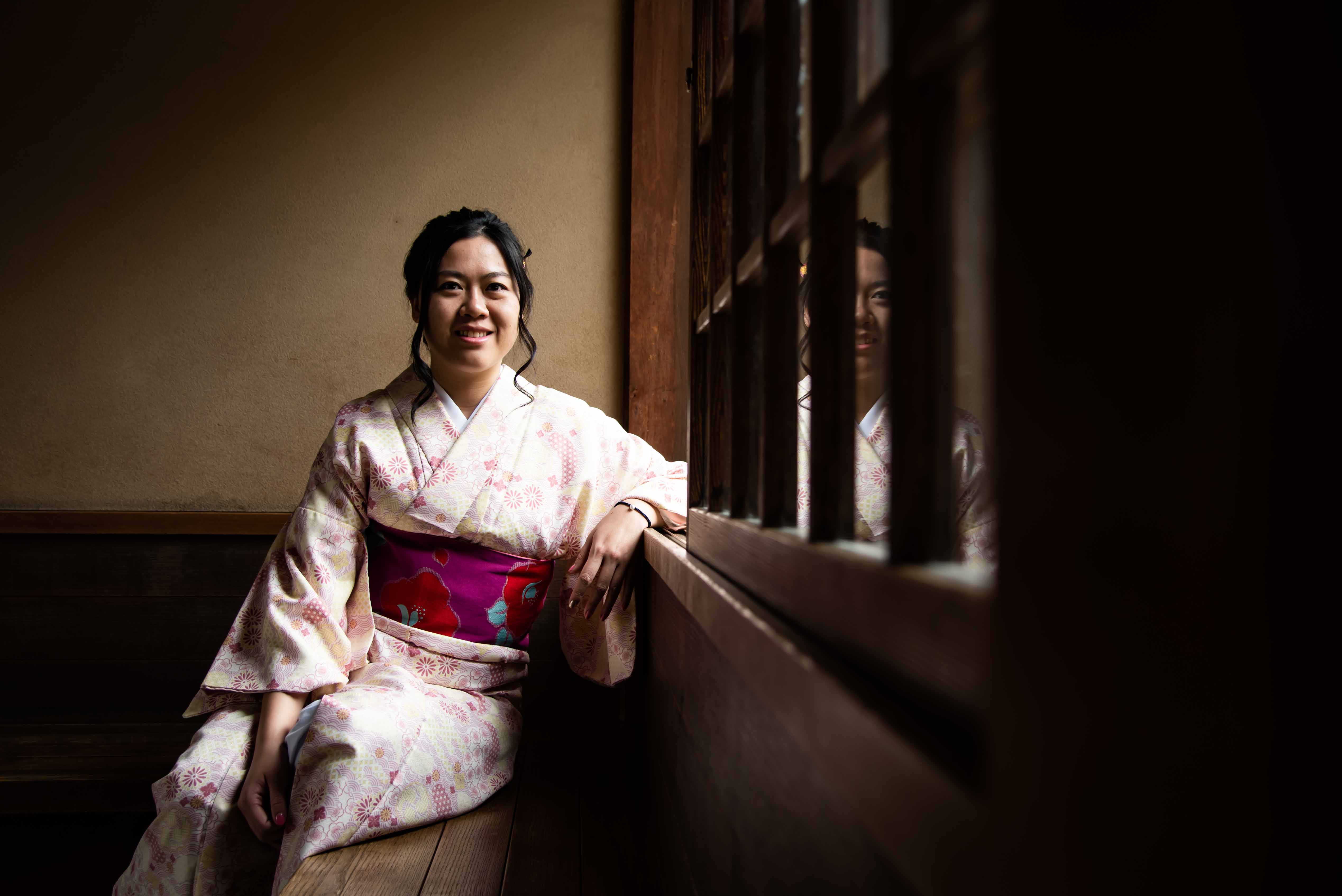 “I wanted to do something different about our trip in Japan and to give my wife a surprise. Then I came across Serendipity Flower and contacted Ross right away. We did our vow renewal and our experience throughout the entire process was so wonderful and worry free. Ross was absolutely fantastic and so thoughtful, answered all my questions very timely and clearly, he was able to accommodate some of my last minute requests and overcame some challenges with brilliant alternatives.

On the day Ross met us at our hotel and we went to the kimono rental place together. After my wife and I all dressed up, Ross called a taxi and we came to this hidden-gem like garden, peaceful, beautiful and quiet. We then met with his wife Ayako who was so lovely. My wife had thought this was a garden tour and Ross kept this surprise at the very last moment and my wife was so happy and burst in tears. Ross and Ayako then took tons of great photos of us around the garden and we received them just a few days after via dropbox.

I 200% recommend their services! That was our most favorite and memorable moment of the entire trip! Absolutely lovely. Thank you Ross and Ayako!!”

To spring your surprise vow renewal in Tokyo email us at info@serendipity-flower.com.  Alternatively, you can leave a message on our contact page, and we will get back to you as soon as we can!