This one was special.  Of course, all of our vow renewals are special, but on this day, the weather shone, the garden was in full bloom and the colors were astonishing!  To top it all off, this was a remarkable love story of longevity and endurance.  Evan after 28 years together as husband and wife, this couple still look at each other as if they have first met!

This special anniversary vow renewal had been 6 months in the planning.  They were one of the first clients to reach out to us after we launched this arm of the business last year.  And so it was great to finally meet them in person.

From Australia, they were in Japan on a three week nationwide tour.  During their short time here they were able to take in much more than I have managed in 16 years!  This was a kind of wedding anniversary tour.  Though the trip did not exactly coincide with their wedding anniversary day, which was about a month out, they thought donning Kimonos and renewing their wedding vows in a beautiful Japanese garden would add further meaning to their trip of a lifetime.

They were staying nearby and we met them at their hotel and escorted them across town to the kimono vendor.  We were excited to be able to use a different branch to usual, which opens up more possibilities going forward!  🙂

As usual the choice of kimonos was a little overwhelming.   However, the expert guidance of the staff them make their choices and they were ready in about an hour.  During this hour, it gives us a little more time to get to know the couple, and share stories and a joke or two.  Needless to say, there is never a dull moment in a vow renewal day, even while getting ready!

Once ready it was into the taxi and on to the garden.  I would like to say this was uneventful here, but it wasn’t… the driver got lost!  To be fair, it was through no fault of his own… road works caused him to make a detour, only to find that a road that was usually open had recently been closed to vehicular traffic…  But, all was well, and we arrived in plenty of time for the ceremony at the garden.

It was a fine day, weather wise.  The late morning sun caught on the lush greenery and cast beautiful light in the shade.  Elsewhere, it highlighted a  kaleidoscope of colors in the rest of the garden.   It was the perfect setting for an anniversary vow renewal, right here in Tokyo. 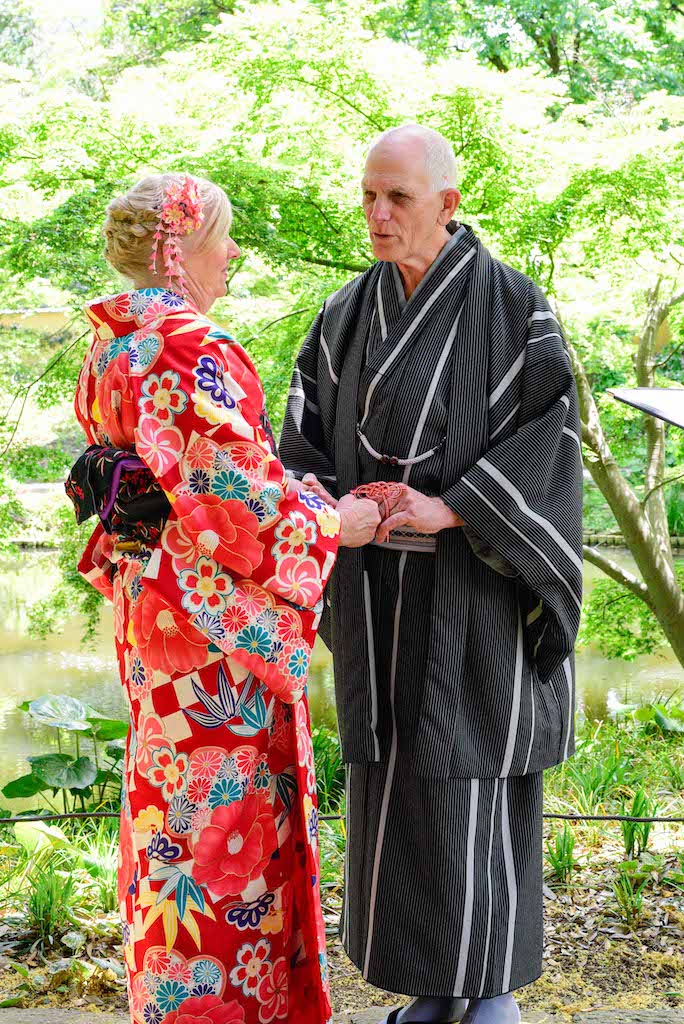 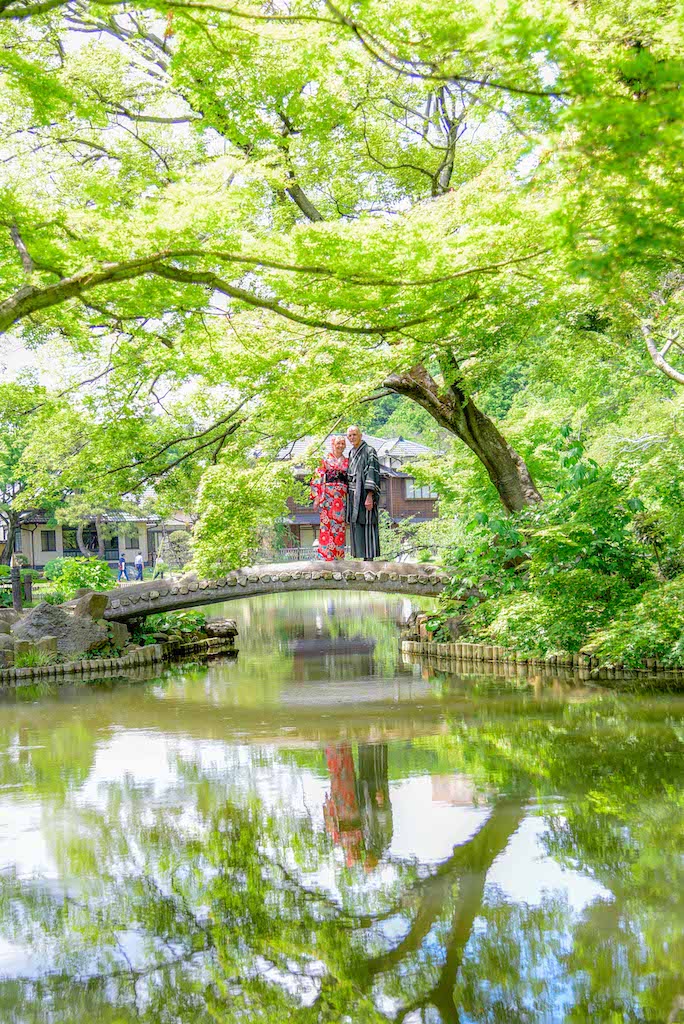 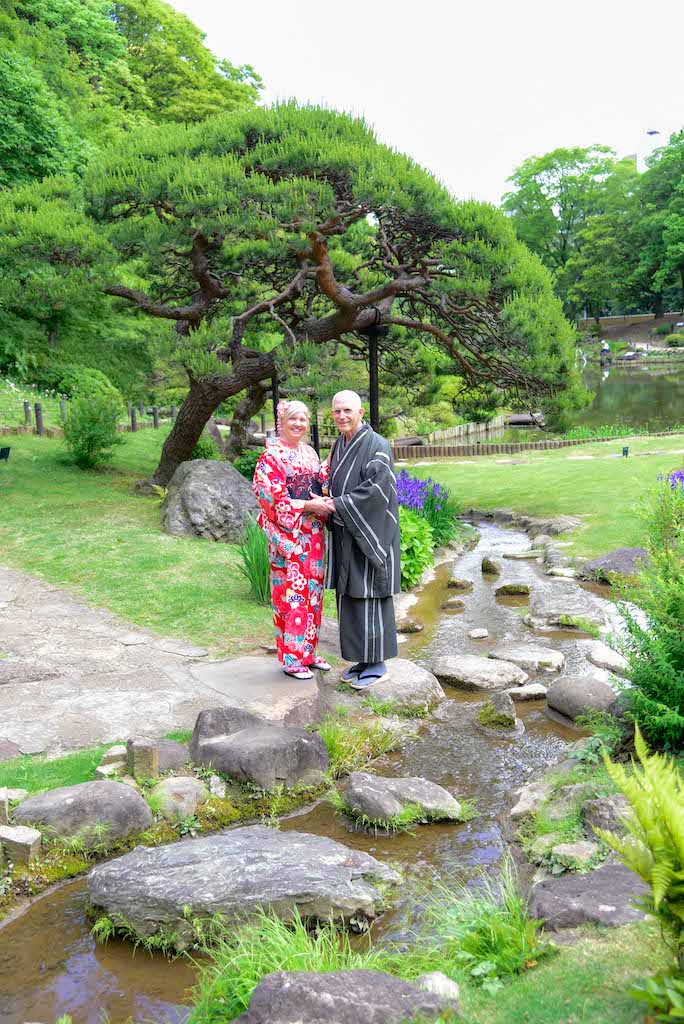 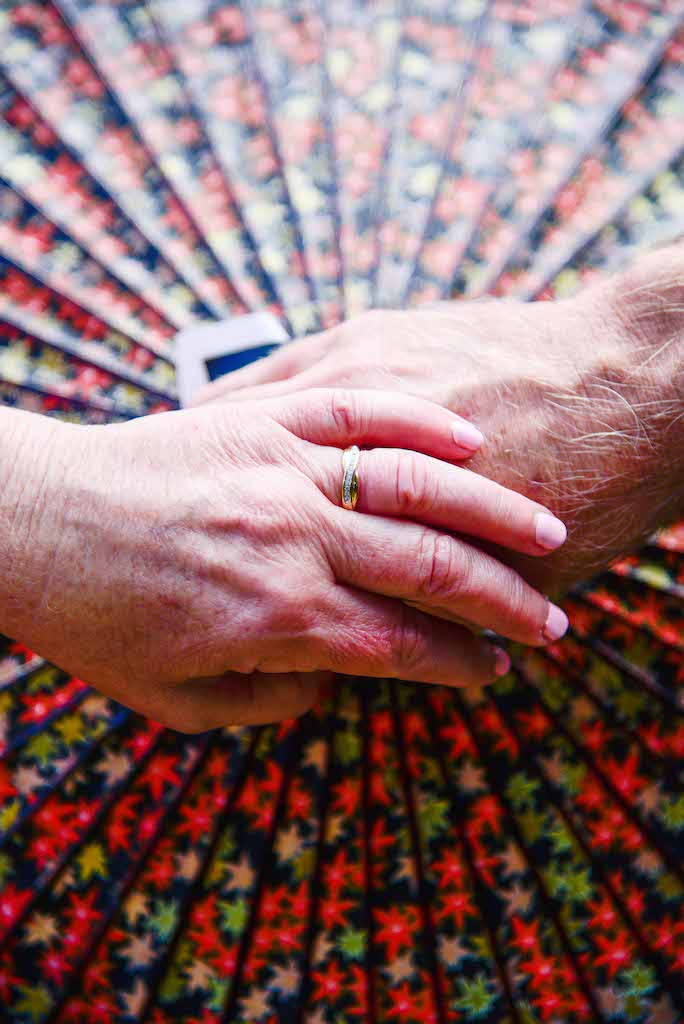 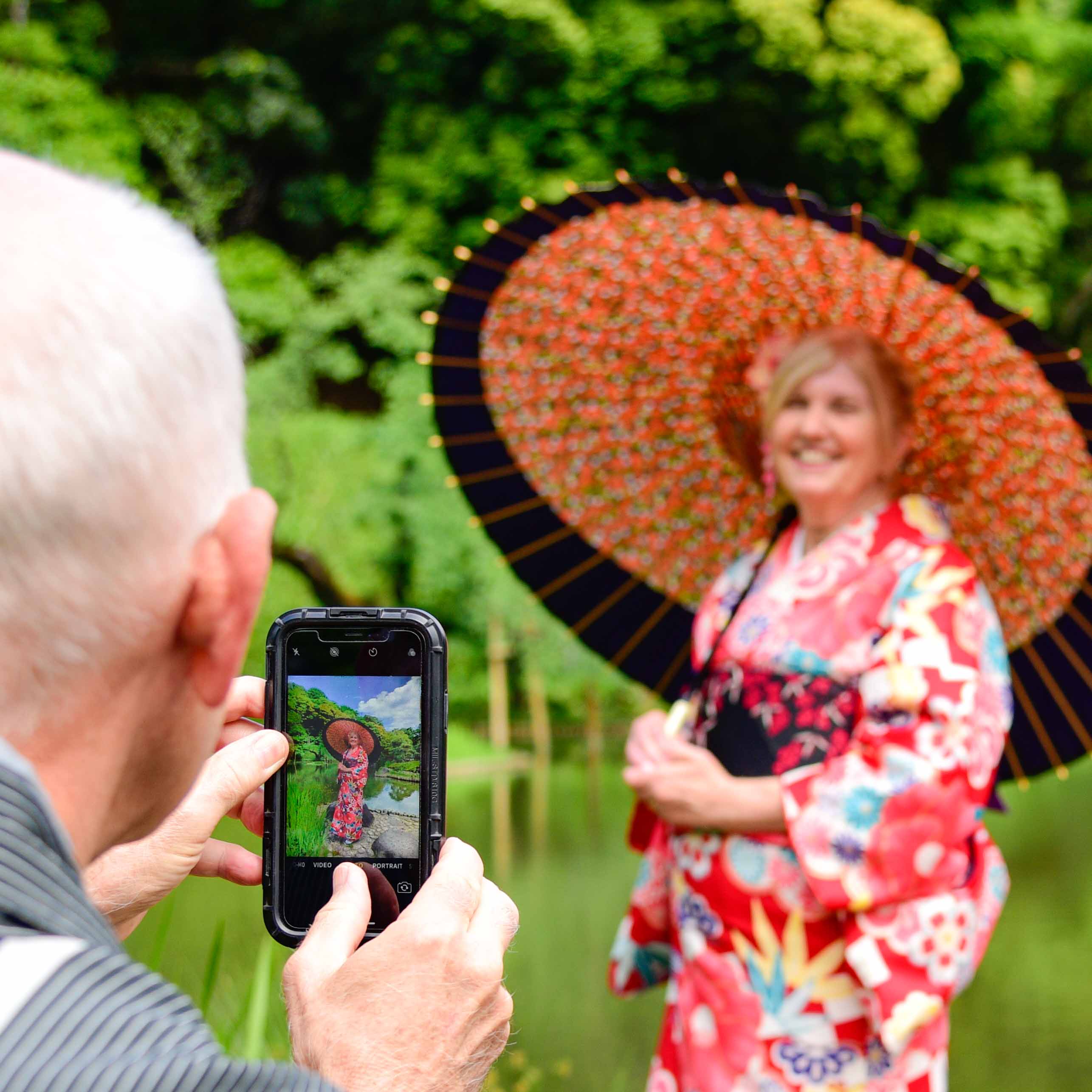 “We were planning a holiday in Japan and thought it would be good to renew our wedding vows while there as our 28th anniversary was during this time.

We thought it would be special in Japan because we both enjoy many aspects of Japanese culture including the gardens and traditional dress.

I found Serendipity Flowers and Wedding online and we went from there.  Ross made the planning process so easy.

Ross and Ayako met us at our hotel and looked after us for the day.  We found them both very friendly, genuine and professional, assisting us with the kimono fitting, ceremony and photo shoot in the garden.

We now have great life long memories of this day and special photos to look back on… would highly recommend Serendipity Flower and Wedding to look after your special day if you are planning to renew your wedding vows in Japan.”

If you want to talk about your own special anniversary vow renewal, contact us today and let’s talk!