By serendipitywedding in Blog, Wedding in Japan Posted On November 25, 2018

Until a year ago, we never really considered that destination weddings in Japan would be popular.  However, in the space of just three weeks in October and November 2017, it all changed.  The change, in fact, helped to launch this website and created great memories and friendships a long the way.  Therefore, since we are nearing the end of 2018, I wanted to take some time to reflect on two particular events that helped to shape the kind of business that we are today.  These events were challenges that we could have easily shied away from.  However, had we done so, I am pretty sure this particular website would never have come into being.

We need to go back to the second week of October last year, for this is when it all started. Ayako got an email from a couple in the UK who wanted to see about eloping in Japan.  They were coming just three weeks later!  “Woah…,” our initial reaction was, “this ain’t going to happen; it takes months to plan even a simple wedding!”

We wrestled with whether we should take them on, knowing the risks as we saw them.  The last thing we wanted was to take it on and then not be able to deliver.  We explained the problems to the couple, but they were willing to put their faith in us!  And as they say, “growth happens at the end of your comfort zone,” so we decided to give it a go.

This is also the point at which I (Ross) became fully invested in the business.  Up until then, I had only  offered support from behind the scenes.  Since all of Ayako’s clients were Japanese, there was very little I could actually offer to the business.  With English speaking clients, from overseas, I could now get involved 100%!

The couple wanted to have a shinto shrine wedding.   But we had never actually worked with shrines before, nor were we entirely sure that they could accommodate foreigners.  But, you don’t know until you ask, so we asked.  And we were surprised! The staff at our local shrine were more than helpful: they were encouraging, engaging and very friendly.  They were able to put us in touch with the appropriate vendors to complete the deal.  Check out the beautiful shrine, below: 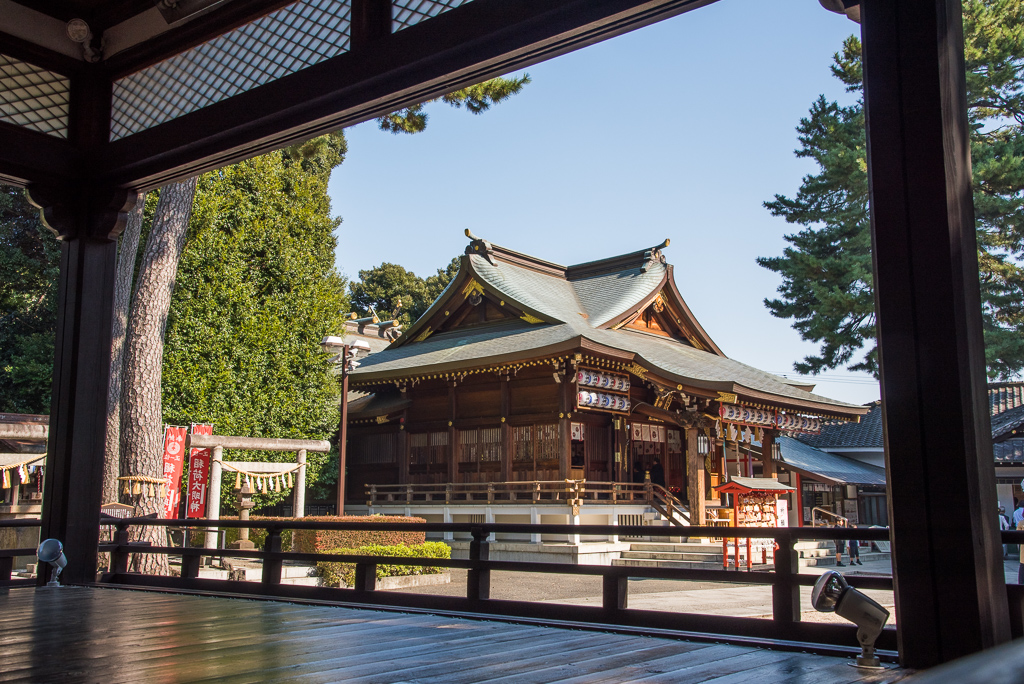 Everything went off without a hitch.  It was a beautiful wedding, and the bride and groom were very happy.  And we were and buoyed with confidence, and excitement at the prospects of doing this again.  Little did we know that less than a week later we would get another call, this time even more challenging.

This time the call was from a wedding planner in the US, by the name of Lisa Vorce.  She, along with her sister, Gina, plan destination weddings all around the world.  What we didn’t know at the time, is that Lisa is highly regarded as one of the best planners in the US, and features frequently in many wedding magazines.

This was their first time planning a destination wedding in Japan, Nara to be more precise, and they had been working on it for a while.  However, they had met with some language and cultural barriers which had kind of brought things to a stand still, and so they were in need of some local support.  The thing is, this wedding was little more than a week later.

Again, our first reaction was “woah…, that ain’t happening!”  In fact, we told them that the odds were stacked against us!  But, they appreciated the honesty, and asked if we could work with them on it, anyway.   As has been said before, “growth starts at the end of your comfort zone,” so, with this in mind, and  encouraged by their sheer positivity, we did it!

The first problem was, because we had never worked in Nara before, we didn’t know anyone.  We had to start from the ground up, building our network.  It can take years to build a trusted network in any industry, but we had to do it in just a few days, from 500km away, in Tokyo.  We had to:

We (well, Ayako) got started right away: hitting the information highway for solutions and work-arounds, and making countless calls and sending numerous emails to vendors in Nara.  From morning to night she was on the phone and at the computer, sourcing, contacting and communicating with possible vendors.  After three days, we had all the elements in place.  All that was required of us, was to go to Nara to finalize the details.

About a week later, we took the first bullet train of the day (6am) from Tokyo, and made our way to Nara, to meet Lisa and Gina in person, and to tie up all the loose ends.  Not one for 3:30am wake up calls, but it was worth it to see Mount Fuji basking the morning glow of the rising sun: 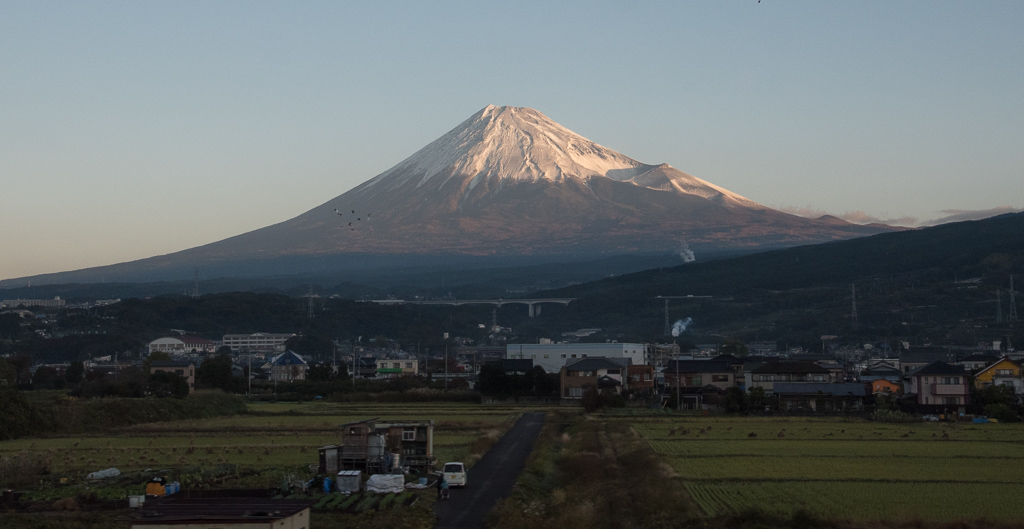 The bride and groom were to arrive the following day, so we only had one day to get everything set.  Upon arrival, Ayako wasted no time talking and negotiating with the venue staff regarding the details of the day.  They had been confused about what was expected of them, but Ayako was able to fill in all the blanks on their side, and smooth over any tension that had been building due to linguistic and cultural barriers.

Without going into too much detail and boring the socks off of everyone, it was a long day!   But as the Japanese say, “Yatta”: we did it!!

Since we were not able to meet the bride and groom, we were on tenterhooks for the next few days, keeping the phone close, in case we needed to fix anything from a far. But, I am pleased to say, with Ayako’s attention to detail and Lisa’s creativity and knowledge of her clients, we pulled the rabbit out of the bag.
It was a total success.  And it was featured in the most recent edition of Martha Stewart’s Wedding magazine.

Read about it here, at Martha Stewart Weddings!

Now, a year later, we look back on both these experiences with fondness and pride.  We are so grateful for being a part of these events, from which we learned so much, and got to meet some great people.  All the people involved in the planning of the Nara elopement were incredibly positive, and this sure did rub off on us!

In the spirit of Thanksgiving, I just want to end this post by saying how thankful we are for the trust shown in us on these two occasions, and from every one of our clients since then.  Without whom this business would not be possible – Thank you!

Hopefully we won’t have to plan such an event in a week, but if we have to, we know we can do it!!  So, who’s up for a destination wedding in Japan, tomorrow?!

This site uses Akismet to reduce spam. Learn how your comment data is processed.

Looking for cool activities to do while in Japan? Check out our partners at Voyagin!